This several day event will teach you the true value of faith.

There will be special music each night starting at 6:30. This event will run from March 26th-29th. 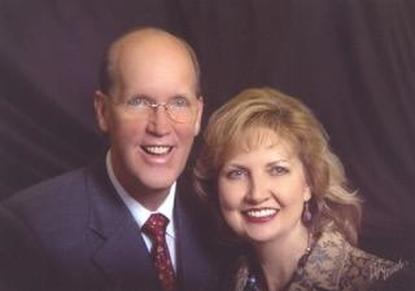 Dr. Don Wilhite has been married to his wife June since 1965.  They have two grown children and four grandchildren.

In 1974 Donald R. Wilhite joined Calvary as co-pastor with Dr. Byram Glaze until his retirement in 1975. Following the vision of their new pastor, the church, under Dr. Wilhite’s leadership in 1976, purchased 40.5 acres in North Columbus, the property where Calvary Ministries is now located.  The church has since expanded that to a 56 acre campus.  This campus is the home of several ministries.  First and foremost, the church averages around 550 people on Sundays in two morning services with several weekly activities and Bible studies.  Calvary Christian School occupies a large portion of the campus with 575 students from K3 through 12th grades.

Dr. Wilhite’s vision for a nonprofit housing community for the elderly saw construction of the first fifty units of Calvary Community in 1989 with another fifty eight units constructed in 1992.   The need in Columbus for quality Christian care for the elderly led to the development of our assisted living home The Gardens in 2000.  The home is licensed for 100 residents and is considered the model for elderly care.  The newest addition to the continuing care ministry is a memory care unit for the elderly.  The first Green House at Calvary opened in 2007.  The second Green House opened April, 2011 with 6 more Green Houses on the drawing board.

Aware of the growing need for affordable Christian counseling, Columbus Christian Counseling Center was organized in 1996.  Dr. Wilhite is committed to not only the church but the Columbus community as well in offering Biblically based counseling from licensed  and degreed counselors.

Prior to his present position, Dr. Wilhite was Associate Pastor at Fairfield Highlands Baptist Church in Birmingham, Alabama and pastored three churches in the Birmingham area.

Dr. Wilhite retired as senior pastor of Calvary Baptist Church in April 2014.  He now stands as their Pastor Emeritus.